Eritrea is located in the Horn of Africa region in the north-east of the continent of Africa, bordering Eritrea to the north and west the Republic of South Sudan and Ethiopia and Djibouti to the southeast.

Marriage in Eritrea in the past among the tribes was in order to forge alliances and long-term interests, including the tribe Tigri; where they were moving away from their environment and are looking for strong tribe, have influence and money, or have a large center, or have the power, by getting intermarriage with them; they get benefits in many objectives, such as benefiting from the influence either they protect them, or sheltering them when needed and distress and destitution in seasons of drought, but now with the modern state had ended these reasons and the intermarriage between them continues. 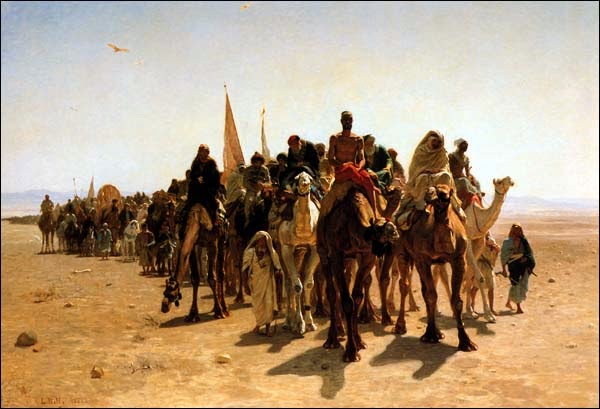 In the present day, weddings have become take the character of civilization, especially in the cities, where it became a courtship party  small and concise between family members and friends, in spite of offering the same traditional food and drinks, and dancing to songs from the recorder or DJ, and weddings are becoming held in wedding halls and for only one day, and nobody can enter without the invitation card, and they are dressed according to the fashion, formal suit and evening dresses, but some villages still retain and sticking to the customs and traditions in weddings, where the courtship and marriage ceremony is held  in the groom's house or in the very popular yard , and attended by a large number of people, even if they are not invitees, usually wear traditional clothing, and singing wedding songs themselves, where they choose, including individuals who are fluent in their sing and beautiful voice.

Marriage ceremony in villages pass two stages, courtship phase; which may last a year or two by the ability of the groom material, and then the wedding; which often last for a week . 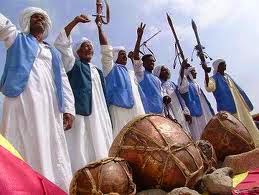 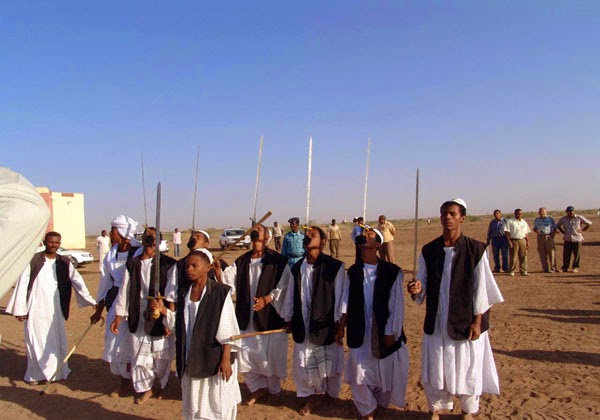 Courtship ceremony begins by the elders groom's family go the bride's house to agree on arrangement for courtship and marriage, then they pay some of the money the mother of the bride; which is five cows or five camels, and the estimated amount of about 500 Nakfa worth $ 200, so as to equip the bride and her accessories, and then the groom put the engagement ring in his bride's finger; which is usually in the right hand, after that the groom’s family receiving a large piece of white cloth from a bride's family, they are distributed to the guests and the poor people in the neighborhood, the celebration starts on this occasion, where a procession of women singing famous songs, especially with such events, walking the procession from the groom's house to the house of the bride's family carry with them some foodstuffs such as coffee, sugar, flour, oil, perfume, amid an atmosphere of happiness and joy, marking the arrival of the newlyweds on the road of life wedlock, continue the party throughout the night dancing men and women folk dances such as Shalila; they dancing where the men have a  sword in his left hand and a long stick in his right hand, which was used by knights in old days, and the women in this dance shaking her long hair to the left and right movements regularly with music , and served food such as Zegni which it is a type of meat stew spicy  and drinks such as hibiscus juice . 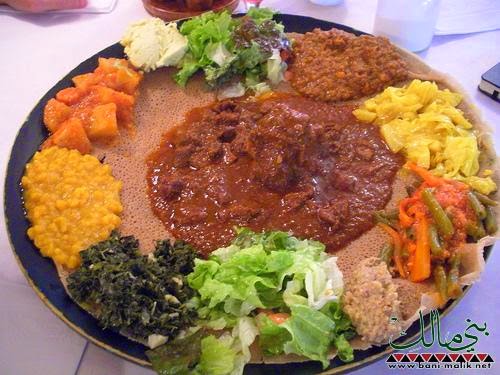 Usually in marriage ceremonies, the groom wearing clothes consist of a white circular hat and a long white robe; and brown or blue jacket, and there is a long white shawl wrapping around his shoulders and waist in a certain way, the bride's clothes are a traditional long white or black dress depending on the taste of the bride, she cover her head with scarf of the color of the dress, and wrapping around her waist long white sheet, full of bridal accessories and costume jewelry. 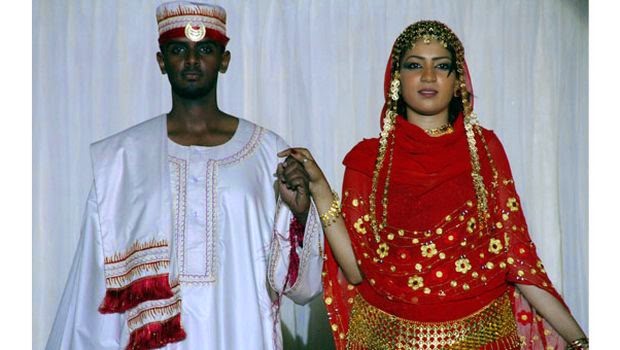 Usually a date of wedding is set by agreement between the bride's' parents; and  It is often in on Thursday and Friday, when the day before the wedding day or a few days before, the groom's procession goes to the bride's family, using camels, especially in rural areas, and arrive in the evening of the day before the wedding, at sunrise the next day, then one of the sisters of the bride or one of her relatives start to put henna on the bride's hands and legs, usually with beautiful carvings and forms, after that everyone sits in the form of a circular ring exchanging gifts and donations, and the newlyweds have the largest share, where the gifts from groom to the bride of beasts 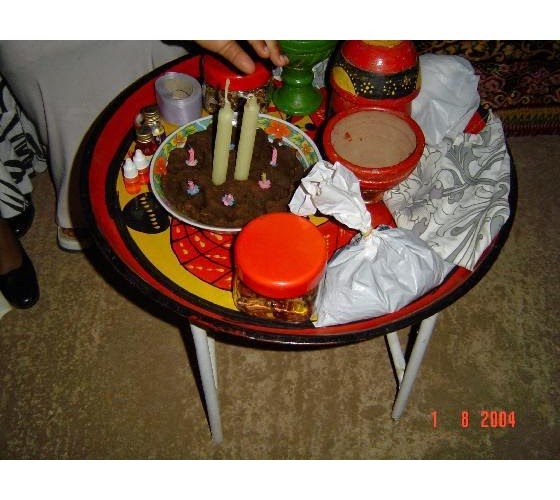 such as camels or cows and beautiful clothes; makeup and perfumes , And she get gifts from her family and the people of the groom also, then they do the marriage contract and change the rings from right finger to the lift; because of the belief that attachment to the left side of the hand and its proximity to the heart by the Eritrean traditions, after being granted the couple is no guarantee for them a happy life after the marriage contract, the groom's procession heading back to their homes as they sang and danced folk dances of different, marking the beginning of the wedding days and joy, on the evening of the same day, procession of the bride start to walk; going to her husband's house, often the bride leave on the back of a camel on the howdah it to the groom's house, and upon arrival they received by the people of the groom with songs and dances, at that point, carried by one of the men of her relatives to the entrance door of the house of her husband . 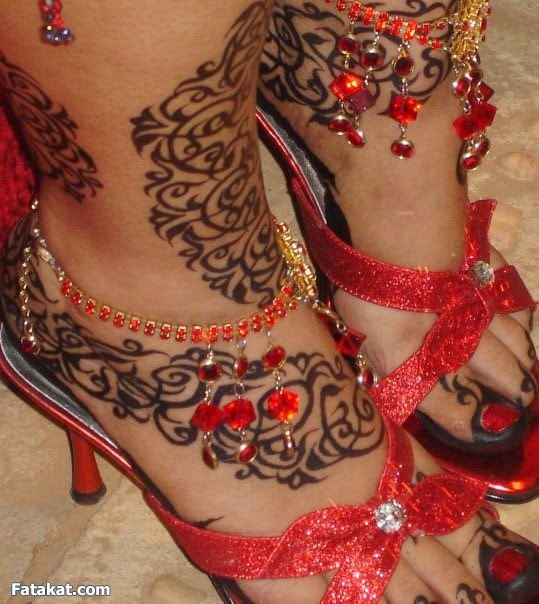 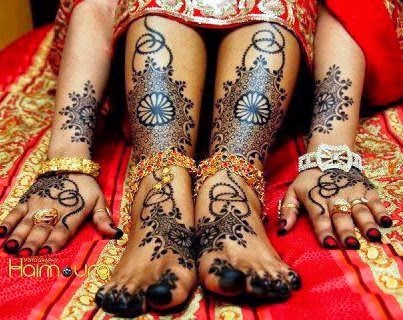 Despite most of the people leaving customs and traditions; in everything not only in marriage ceremonies, because of urbanization, especially residents of large cities, but it is noticeable that some of people return for such traditions in public events such as holidays or special events such as weddings, to show they belong to a tribe or area or a certain class of people to signify their pride and their glory for this distinction.